Was The Mali Coup Staged Or Is It The Real Deal?

Guy
Guy has not set their biography yet
User is currently offline
on Wednesday, 15 August 2012 in General
Tweet

From the outset this has been the strangest of African coups. 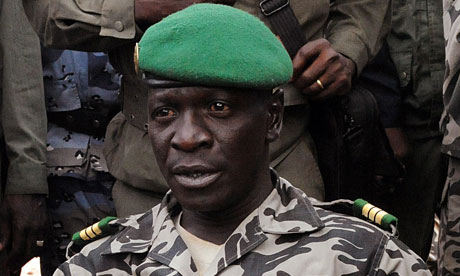 A young captain in the Malian army, with fresh faced companions and a few vehicles,  drives up to the Presidential palace, which sits atop a hill overlooking Bamako, fires a few shots in the air and announces he has taken over the government.

At times of peace this would be bizarre in any country. Factor in that Mali is a country on the verge of civil war; that it is supposedly a regional front on the war on terror; that only a month ago demonstrations of military wives and families marched through Bamako and up the same long and steep road to the palace demanding support and action from their government in its response to the MNLA rebellion; AND that elections are planned for 5 weeks time ... catch breath....we’re verging on “only-in-the-movies” time.

With such serious potential implications for Mali’s democracy, its existence as a unified nation state, regional security and the threat to many thousands of lives if civil war ensued, it seemed incredible in its casualness.

To begin with we are told that Captain Amadou Sanogo and his men are alone, that they don’t have the backing of the whole military and he has no political backers. To prove the point he tells an amused press interview “I have never voted in my life”. Contagious Malian laughter all round. Well you’re immersed in politics now boy!

He is eloquent, urgent but calm, personable, re-assuring, confident but not arrogant, sincere. Something doesn't fit, there's an incongruity  between his sncerity and his new label as Mali's "junta", Africa's latest coup leader. But .... who is he?

Nobody had ever heard of him, even in Bamako. Then it came out that he had received military training in the US. Uh oh, here we go... Saddam, Osama, Mobutu, Gaddafi, Captain Amadou Sanogo.. oh stop it Guy!

Someone, surely, had to be behind him and all possible directions looked treacherous. If it was the whole military, was Mali heading for military rule and civil war? If politically backed, what did this mean for Malian democracy? Were members of the government and the military protecting their kickbacks from the trans-Saharan drugs trade and from "counter-terrorism" from being taken away from them at the election? And if internationally backed... it doesn’t bare thinking about.

The initial responses from the US were worrying. Immediately $140 million in aid was under threat. Already part of this has been suspended and the EU and Canada have suspended aid too. Mali would be better off wiithout the aid, but maybe not now and the west could use aid as leverage. More worrying was the US linking the Tuareg rebellion with the war on terror. They must know they are not linked so why do they do this? Horror scenarios flashed before me; was the coup internationally sponsored? My conspiracy ideas went into over drive. Could the west be using the coup and the rebellion as a way of coming in and influencing events or the rebellion (and was the withdrawal of US aid the beginning of this?). Were the US or France seeing Mali as a soft new battlefield to vamp up the War on Terror in Africa or as a way to control the region’s oil and uranium? Was there going to be any attempt to influence Mali’s democratic choice or its economic model?

The morning after the night before was worrying too. Looting began and reports of one or two deaths. Quickly Sanogo pointed the finger at people dressing in military uniform, called for calm and order and assured the nation of his sincerity. Small signs of trouble were extinguished.

Three days after the coup Bamako returns to normal, the media runs with a string of reports on sections of society all calmly discussing the situation, making their statements, all pushing the line of one Mali, one people, unified and indivisible. There are even pictures of goods supposedly stolen in the looting being returned.Slowly I am starting to wonder, almost hope. Has Sanogo just caught everyone by surprise? Is he as he seems - an intelligent, naive, idealistic young Malian who has tapped into a popular vein of discontent within Mali which has now erupted out of the government’s weak response to the MNLA rebellion.

The discontent was certainly there in society way before the rebellion. I have heard it from the educated young and the professionals who have no jobs. I have heard it from guides and drivers and families and cooks and artists and artisans and camel herders and a whole swathe of society who depend on tourism and see their livelihoods taken away as the western world chooses to make their land the new stage for their latest episode of the popular drama that is the war on terror.

The discontent is across society, across tribes and castes and even across north and south. It is a despair at seeing their democracy, which has rightly been praised recently and which Malians cherish, usurped by international agendas; whatever internal domestic issues there are between north and south, the issue of Mali’s role in America's War On Terror In Africa has had much more impact on people’s lives.

For the past 3 years they have seen the heart ripped out of their once thriving tourism industry and this has had a big knock on effect. There is frustration at seeing the disconnect between their everyday reality and their international image; and the perception that their government has been at best weak and at worst complicit in all this. There is discontent with the growing corruption. And where does the corruption spring from? International aid.

One of the initial questions was, if Sanogo was for the restoration of democracy as he claimed, why have a coup a month or so before a general election? With the MNLA in a very strong position in the north to take their Azawad, and with speculation of The Malian President (ATT) having a Tuareg/MNLA sympathy (which although unlikely was spoken about), perhaps 5 weeks to an election seemed too long. What if the MNLA had taken Timbuktu and Gao by then? What sort of negotiating position would a  new government have over Azawad independence if the MNLA controlled all the territory that they were demanding?

Is this Mali’s arab spring? Not in the sense that it needed to get rid of a hated dictator, more perhaps that it needs to push on quickly from its aging father. It will truly be Mali’s own spring revolution if it can maintain its hitherto remarkably Malian quality and remain a grassroots coalition of Malians. In the modern world this seems a tall order. But if that is the journey they are on I’m behind them all the way.

My advice to Mali at the moment: Don’t even ask for the US aid money back. What good has the “counter terrorism” money done you anyway? Go it alone, take your destiny into your own hands.

Is this wishful thinking? Yes!

What this means for Mali as a unified state and how Sanogo is going to deal with the rebellion is too early to say.

Tags: Untagged
Guy
Guy has not set their biography yet